Sydney driver bites cop at traffic stop - A Sydney police officer has been bitten multiple times in a violent struggle with a driver ...
Bushfire smoke to return to Melbourne - Smoke from Victoria's deadly bushfires is expected to blanket Melbourne once again this we ...
Shark chomps surfer south of Sydney - A surfer has suffered a deep shark bite to his left foot south of Port Kembla in the NSW I ...
Unions want disaster allowance increased - A union head wants an immediate raise in the disaster recovery allowance for bushfire-affe ...
Sports grant politicisation 'disgusting' - Calls are growing for the government minister at the centre of the $100 million sports gra ...
Showdown: Gutwein vs Ferguson for Premier - Outgoing Premier Will Hodgman says it would be inappropriate for him to vote on the new ...
China reports death from mystery virus - A second person has died due to pneumonia caused by a new coronavirus discovered in the ce ...
Tasmanian seats part of pork barrelling saga - Minister for Agriculture Bridget McKenzie in the Senate chamber at Parliament House in C ...
Man charged following supermarket burglary - A 36-year-old man has been charged after a New Norfolk supermarket was allegedly burgled ...
Attenborough lashes coalition on climate - Renowned British naturalist Sir David Attenborough has criticised the Morrison government' ... 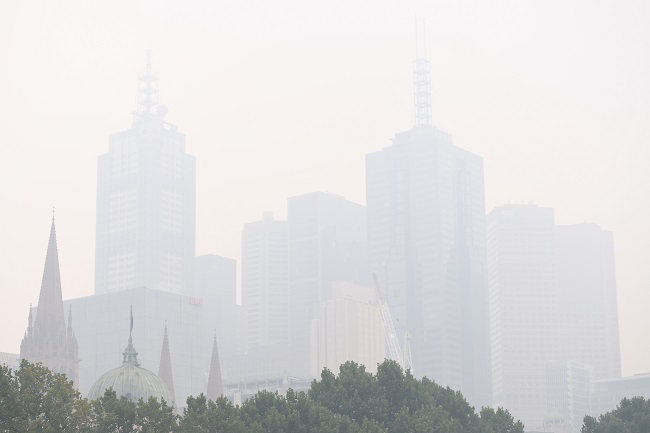 Smoke has again been on the rise in Tasmania due to mainland blazes.

Areas including Queenstown, Burnie, Wynyard, Latrobe all the way over to Campbell Town and Fingal are affected, prompting a smoke alert from the Tasmania Fire Service.

Smoke has come across the Bass Strait, after Melbourne took the unenviable title as having the world's worst air quality last night, setting off around 200 smoke alarms.

The Weather Bureau says conditions are likely to deteriorate into this evening and tomorrow before a wind change clears the air on Thursday morning.

Those vulnerable to smoke should stay indoors, set air conditioners to recirculate and keep any medication handy.