Canine coronavirus suspicions - More reports of canine coronavirus are surfacing in Tasmania. It should be made clear, ...
Driver allegedly blows 0.354 reading - Police have charged a woman after she was allegedly caught driving while disqualified an ...
Spirit stuff-up: essentials detained, cars impounded - There are claims bureaucratic bungles are resulting in essential travellers being allowe ...
Two Vic virus deaths as cases surge again - Two more Victorians have died from coronavirus as the state's health officer warns hundred ...
Falls Festival cancelled - Tasmania's Falls Festival has been cancelled for 2020. Those behind the much-loved New ...
Carbon monoxide poisoning - An outdoor charcoal grill used indoors in South Hobart was behind the hospitalisation of ...
Airport roundabout upgrade finally underway - An amended design for the long-awaited Hobart Airport roundabout upgrade has been given ...
Charity warns against JobSeeker rollback - Cutting the JobSeeker payment would plunge Australia into a national crisis, the federal g ...
Household's narrow escape - A barking dog is being credited for saving the lives of a southern Tasmanian household, ...
Stosur becomes a mother to baby girl - Samantha Stosur has announced she became a mum last month after her partner Liz Astling ga ... 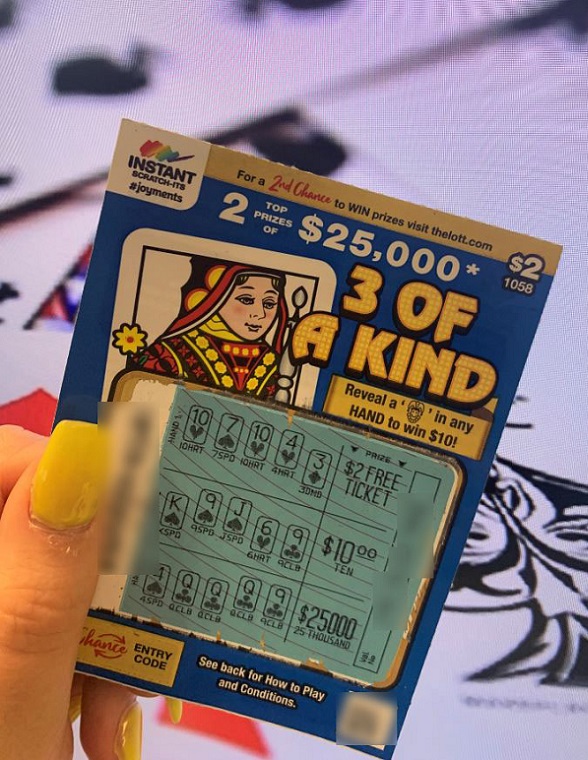 A Tasmanian man has had a birthday he will never forget, winning $25,000 on an Instant Scratch-It ticket he received as a gift.

The Sandy Bay man says he was celebrating his birthday with a BBQ and began scratching the ticket - soon discovering he had won - he says he was "gobsmacked".

He will celebrate the lucky win with his mates and have some pizza and beers.

When asked how he planned to enjoy his prize, he admitted he knew exactly what he was going to do - saying he'll put it towards a house deposit.

The scratchie was purchased at the Sandy Bay Road Newsagency.

Manager Lisa Culic says she couldn’t be happier for her winning customer.

“We are very happy, what a fantastic Monday he will have now. We wish him the best with his prize and hopes it makes some of his dreams come true," she said.