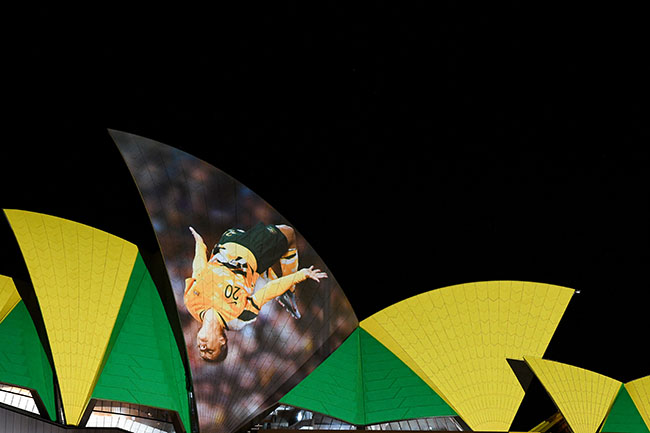 The Matildas are excited - and relieved - after Australia and New Zealand were named host nations for the 20-23 women's football World Cup.

Launceston is among a dozen cities across the two countries slated to host matches.

“This is a great win for Football in Australia and presents some excellent opportunities for Tasmanian fans to enjoy world-class football stars here in our state, with the possibility of three group stage matches at UTAS Stadium in Launceston," said Premier Peter Gutwein.

Soccer fans stayed up until 2 on Friday morning as the trans-Tasman bid came in ahead of Columbia 22 votes to 13.

In the first such event to be held across two confederations, and the first in the Southern Hemisphere, games will be played across 13 stadiums in 12 cities.

Goalkeeper Lydia Williams says the celebrations will continue for some time yet.

"I'm probably going to get a nap in, but it's all happy days, and I think the adrenaline has kicked in," she said.

Tasmania's Sport and Recreation Minister is welcoming the news.

"It has the ability to attract global media presence and significant broadcast audiences around the world, and we welcome the enhanced economic and social benefits this tournament will bring,” said Ms Howlett.

"It was a wonderful night to be a part of, very, very exciting, and congratulations to FFA and New Zealand Football in pulling it together; they've done a wonderful job."