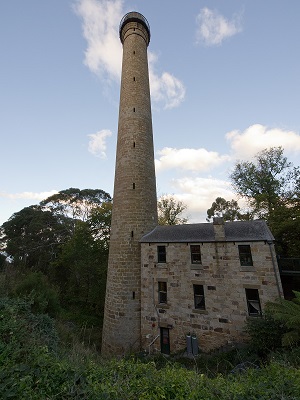 One of the state's tallest buildings has celebrated a major milestone.

This week marked the 150th anniversary of the shot tower in the Hobart suburb of Taroona...still 10 years younger than the adjoining residence on the Channel Highway.

The distinctive landmark - all 58.7 metres of it - remains a favourite with locals and tourists, but like other attractions it has been hit by the pandemic.

Parks and Wildlife has taken advantage of the COVID-19 closure to finish some re-roofing, stonework re-pointing and a new bridge to the factory building.

The shot tower was Tasmania's tallest building for around a century before the construction of the Mt Wellington broadcast tower.

As Tasmanians are being encouraged to get out and explore their own backyards, now is being hailed as the perfect time to pay the historic site a visit.