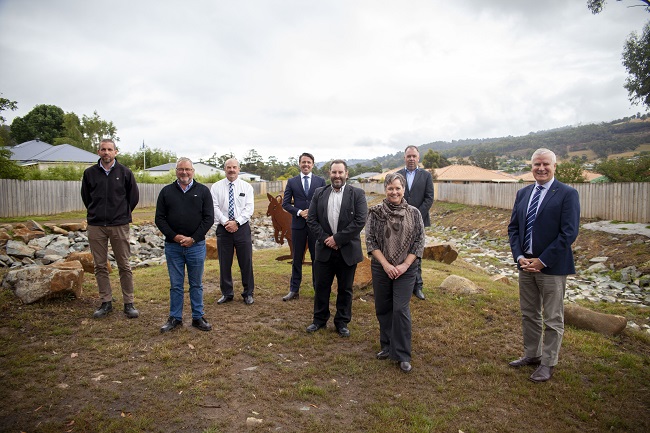 The upgraded drainage system, which is now in full effect, was part funded by a $1.6 million federal government grant.

“This project will help Huonville cope with one-in-100-year flooding and has boosted the local economy by supporting 80 ongoing jobs for the local community,” the Deputy PM said.

The other $3.2 million is via an interest free-loan from the state government.

“This is one of the largest capital works projects that Huon Valley Council has undertaken to date,” Local Mayor Bec Enders said.

“The new one-kilometre-long stormwater pipeline diverts flows from the existing main drain into an adjacent catchment, allowing the town’s stormwater system to handle additional flows during high rain events, with no increased impact on flooding downstream.”

Assistant Minister for Industry Development Jonno Duniam is talking up the livability prospects for the Huon Valley.

“The project will unlock the huge growth potential of the Huon region and it will give businesses the confidence they need to invest in the community. Already it has enabled the development of new residential building lots with a new 71-block development that will be available in the next six months.”