Man dies in trailbike tragedy - A northwest Tasmanian man is dead after a trail bike crash on the state's West Coast on ...
Australia looks to Singapore travel bubble - Australia is in travel bubble talks with Singapore to join New Zealand in allowing quarant ...
National cabinet meets to discuss vaccine - The meeting of the national cabinet will aim to get the nation's vaccine program back on t ...
Official campaigns launched - Both major parties have officially launched their election campaigns, two weeks out from ...
Mick Fanning out as shark stops surf comp - Mick Fanning dodged a shark in his World Surf League return but there was no getting aroun ...
Two rare Holdens up for grabs - Two rare Holdens are up for auction with bids for each expected to push past a million dol ...
Royals grieve, national mourning ends - The royal family will continue to grieve this week following the Duke of Edinburgh's funer ...
NSW to trial DV workers at police stations - Victims of domestic violence who report to police stations would be supported by independe ...
Hunt moves to shore up faith in vaccines - Australia will conduct a rolling review of every coronavirus vaccine in domestic use after ...
Child abuse material charges - A southern Tasmanian man has faced court charged with uploading child abuse material to ... 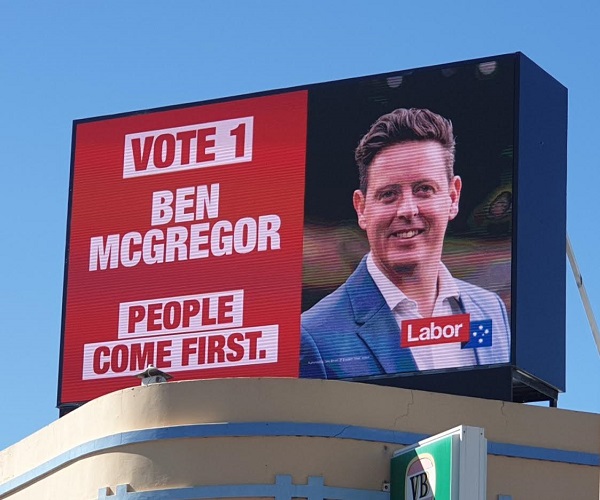 A seven year old text message characterised as horseplay between friends is at the centre of more problems for Labor's state election campaign.

Ben McGregor has quit as a Clark candidate, claiming a cold and calculated dumping by leader Rebecca White.

He admits he apologised for the text at the time, but the context was friends engaging in deliberately inappropriate banter.

"I have had no recourse of action and no opportunity to defend myself. I have been accused internally, this information has then found its way into the media, this appears for all intent as a smear campaign to hurt me and my nomination and my opinion of this has been reinforced by the recent actions of our state leader. Rebecca has failed in providing leadership here. She has seen an opportunity to rid herself of factional challenge, she has been more focused on ensuring a current mayor gets preselected than worry about her party or its members, more supportive of the vocal minority at the cost of the majority who have remained consciously silent. She has adopted a course which will reward those who engage in dishonourable and grubby politics rather than upholding the values and fairness at the core of the ALP."

Rebecca White stands by her approach.

"I sat across the table from the person who raised this complaint, they were very compelling and I had to listen to that story and understanding that story knew immediately that I had to take action and there was only one course of action to be taken."

Ben McGregor questions whether the current political climate generated in Canberra is allowing for a fair go for those facing allegations.

"In the context of Grace Tame and Brittany Higgins I understand the impact of words and of actions, I want to acknowledge that men need to do better, we need to understand and be supportive of women subject to inappropriate, sexist and discriminatory behaviour and ensure their complaints are heard and investigated. What we must avoid is the weaponisation of public outrage of how we have failed women, to allow people to pervert this proper indignation for selfish ends. This will only undermine the opportunity to bring lasting change." 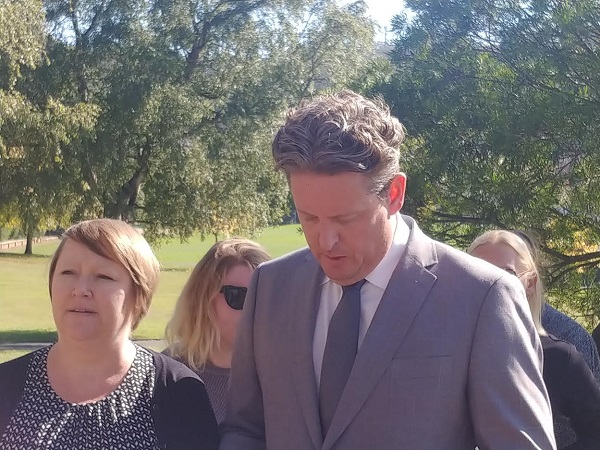 Ben McGregor announcing his standing down, flanked by his pregnant wife and other supporters.