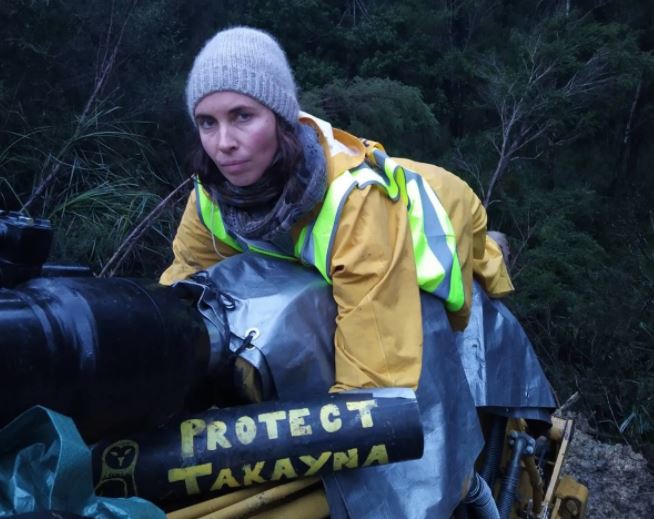 More arrests are likely at the site of a controversial tailings dam development in the Tarkine wilderness.

Two Bob Brown Foundation activists locked themselves onto an excavator on an access road to MMG's proposed dam early on Monday morning.

The China-owned company says it's needed to continue the 85-year-old Rosebery mine and its 500 jobs.

There have been 15 arrests at the site in the last fortnight, including a Victorian man charged with assaulting a worker.

"The 74% Chinese Government owned MMG wants to clear 285 hectares of forested wild lands to pump toxic mine waste across the Pieman River in to a currently forested valley," said Greens Leader Cassy O'Connor.

"The large, intact forests which would be smashed by MMG are habitat for threatened and endangered species, like the Tasmanian devil, wedge-tailed eagle, swift parrot, masked owl, curlew sandpiper, and even the precious Tasmanian azure kingfisher."