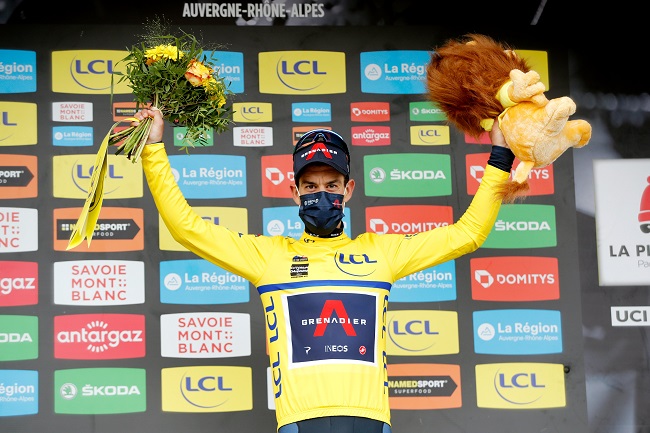 After two previous runner-up efforts, the INEOS Grenadiers rider wasn't seriously challenged as he finished the overall race 17 seconds ahead of Alexey Lutsenko with teammate Geraint Thomas in third.

"To win this race just means so, so much to me. You know it's a race I've always enjoyed and to finally win it at 36-years-old...it's a sweet moment," the Launceston-born father-of-two said.

"I've been second here twice and then I also lost second place one year in the last kilometre as well. To finally win it I'm just over the moon. For all the sacrifices and the time away from my wife and two kids, this makes it worth it."

It marks 36 years since Phil Anderson became the first Australian to win the event.

"Richie Porte confirms himself as one of the finest one-week stage racers of his generation," cycling analyst Matt Keenan told SBS.

"He's won pretty much all the one-week races there are and this has been a target for a while.

"Does Richie go to the Tour - third last year and winner of the Dauphiné - as one of the favourites?"