Australia's $1.9 billion icebreaker, the RSV Nuyina, is about to take its place as the centrepiece of the nation's polar science program, less than three days away from its home port of Hobart as of Wednesday morning.

At 160 metres and 24,000 tonnes, it's roughly one-and-a-half times longer than its orange predecessor the Aurora Australis.

The Australian Antarctic Division's Mark Horstman is one of those on board the Nuyina's maiden voyage from the Netherlands.

He says it will be among the most advanced floating marine laboratories in the world, packing a formidable array of scientific equipment. 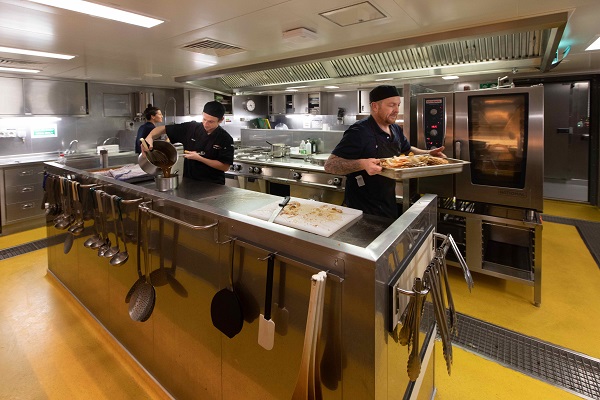 "There's a whole range of different equipment that we've never had before, things like a moon pool - a doorway into the ocean, so when we're surrounded by sea ice you'll still be able to get into the ocean," he said.

"It's got all kinds of echo sounders and sonars and cameras and microphones that are mounted on drop keels that can come out of the hull under the ice, so we'll be able to do acoustic work, mapping the sea bed, looking for fish and krill in ways we've never done before."

Mr Horstman says the ship is far more than just a science vessel, albeit among the world's most advanced.

"It's a massive supply ship; we'll be able to supply more than one station in a voyage, a real game changer for our Antarctic program.

"It's an icebreaker; it's designed to break 1.65-metre thick ice at a speed of three knots and we're looking forward to putting it through its paces in real Antarctic ice conditions."

It'll take a massive powerhouse to drive the ship through the pack.

"The combination of the diesel engines and the advanced electric drive can pump out more than 26 megawatts of total power output, so in a way it's like a small city," said Mr Horstman.

"It can be at sea for up to 90 days, so it really extends our reach into the Southern Ocean."

With Hobart to serve as the Nuyina's home port over its expected 30-year-plus lifespan, he believes the status of Tasmania's capital as gateway to the Antarctic will be assured.

"Hobart is rightly proud to be the home of RSV Nuyina...it's got the right kind of harbour, it's had the Antarctic Division there for 40 years, so that's decades of expertise."

The AAD aims to phase the ship into the Antarctic program starting this summer.

"There's still a lot more to be done once the ship gets to Hobart, there's a whole harbour phase there with training and familiarisation of the crew and AAD teams," said Mr Horstman. 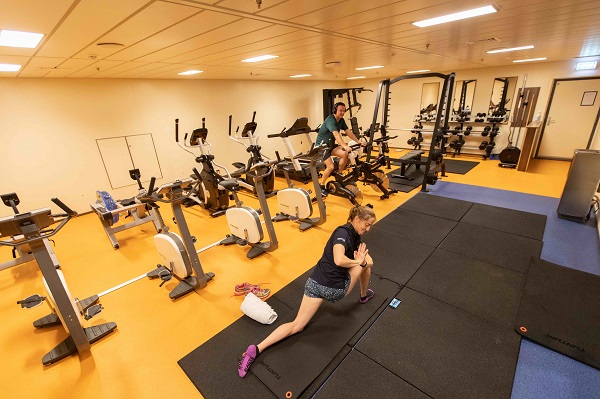 Images: the Nuyina ploughs through the Southern Ocean; the all-important galley and gym among the elements keeping its 34 crew and up to 114 passengers going (Pete Harmsen/AAD)