Qld opens border to hotspots on Dec 13 - The Queensland border will open to interstate COVID-19 hotspots several days early as heal ...
Qld man jailed over horrific fatal crash - A drunk driver who mowed down a mother-of-five in a horrific hit-and-run has been jailed b ...
Check In TAS card launched ahead of border reopening - The State Government has announced the launch of a Check In TAS card. The card can be c ...
Archer fires another shot at PM - Liberal member for Bass Bridget Archer speaks to Australian Treasurer Josh Frydenberg af ...
Gardening guru Peter Cundall dies aged 94 - Gardening guru Peter Cundall signed off in 2008 after spending 39 years sharing his pass ...
New vax rules in force - New vaccine rules come into force in Tasmania on Monday. Patrons caught at a stand-up ...
Whincup into Hall of Fame in retirement - Australian motorsport legend Jamie Whincup has narrowly missed the podium in his final Bat ...
Solo yachtsman rescued off Tasmania's West Coast - A Zeehan man has been rescued off Tasmania's West Coast. Emergency services were alerte ...
Perfect 10! Patel spins into rare club - New Zealand great Richard Hadlee has recognised the extraordinary feat of spinner Ajaz Pat ...
Pfizer jab provisionally approved for 5 to 11-year-olds - Tasmanian children aged five to eleven-years-old will be eligible for the Covid vaccine ... 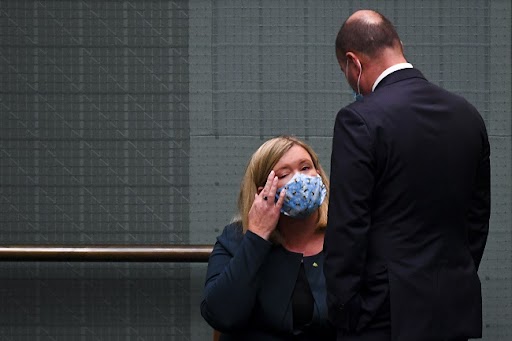 A Tasmanian political analyst believes the Coalition would lose the marginal seat of Bass in next year's election, if it punishes MP Bridget Archer for crossing the floor on Thursday.

Ms Archer sided against her Morrison Government colleagues in backing debate on a federal integrity commission.

"I take this decision very seriously...and it's a difficult decision to make," she told the House of Representatives.

"This is one of the most important things that we come to this place to do...we need a robust Federal Integrity Commission, that people should have trust and confidence in us, in the people they elect."

The vote ultimately failed without an absolute majority.

"They would be foolish to challenge her preselection over the matter because if you ended up in a situation where she got deselected and ran as an independent, the Liberals would lose the seat," he said.

"There is the history of Bass throwing out its sitting member at almost every election for the last few decades, and that might be playing into a feeling that if you're going to get re-elected here you have to do something different."